The Experts
in Endodontics

The Experts in Endodontics

Visit our award winning endodontists: Dr. Mindo Lee, Dr. Stephen Park, and Dr. Doo Yong Lim. Our doctors are the leading authorities in Southern California and have over 45 years of experience in practicing dentistry and endodontics.

Here at Los Angeles Center For Endodontics, our doctors lead an amazing team of highly trained dental assistants to provide the highest quality care to our patients in the Los Angeles area. Together Dr. Mindo Lee, Dr. Stephen Park, and Dr. Doo Yong Lim have over 45 years of experience in practicing dentistry and endodontics. While some endodontic practices talk about being experts in endodontics, our doctors actually live that expertise day in and day out. If you live in the Los Angeles Area and you need a root canal, come to see Dr. Lee, Dr. Park, or Dr. Lim at Los Angeles Center For Endodontics. 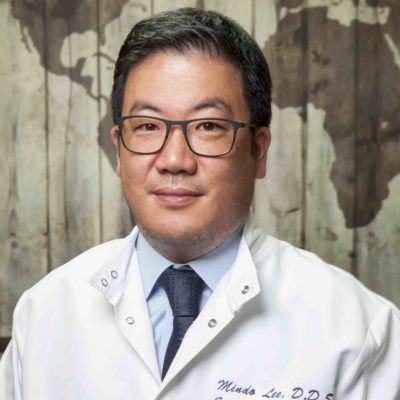 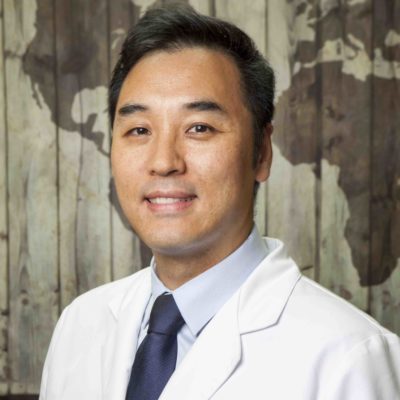 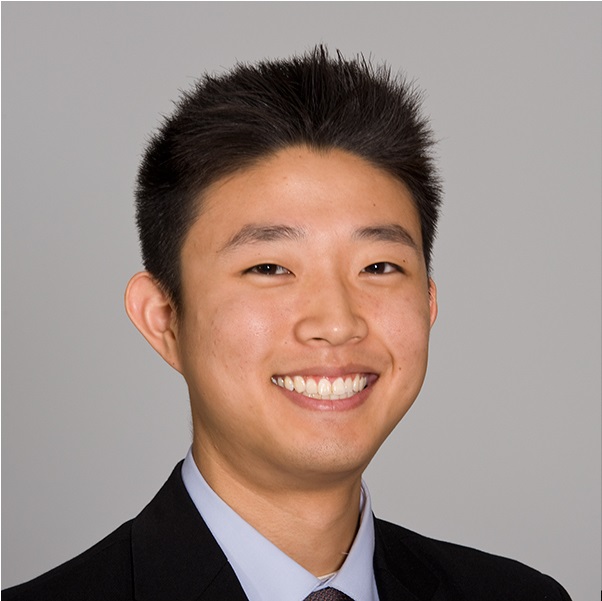 We accept patient referrals from all local dentists and we also work with patients directly. If you think you may be in need of a root canal or root canal therapy please contact our office, and our team will be sure to get you scheduled at your earliest convenience. 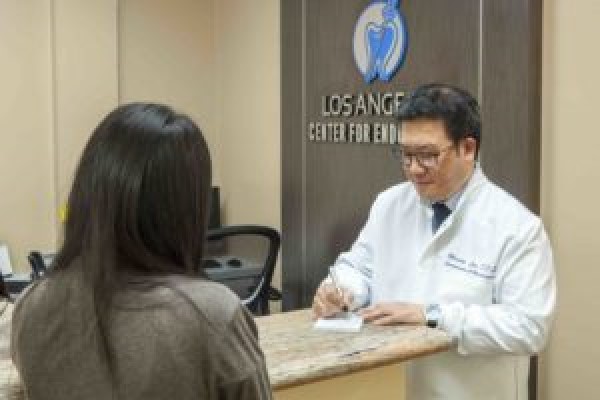 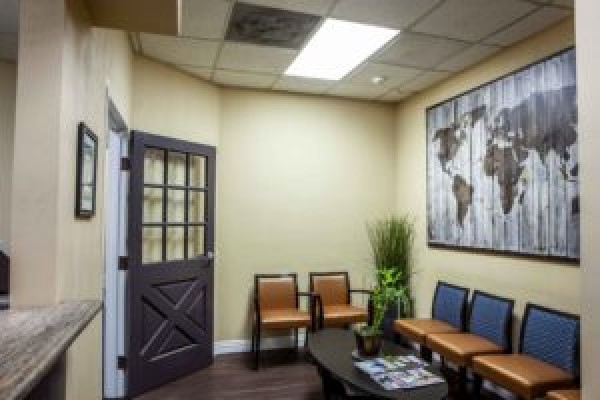 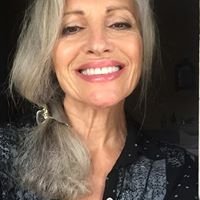 Ruth G.
★★★★★
Read More
I am so lucky to have found a doctor who brings old fashioned values, dedication, and, compassion, to his patients. I was in excruciating pain, over the weekend. I called around to find a dentist who could see me on an emergency basis. Either they never called me back, or, wanted to charge me an arm and a leg.
On the Sunday, I decided to called Dr Lee's number, as a last resort. I had gone to my local Urgent Care to get a prescription for antibiotics, as the right side of my face was now very swollen. I knew I was dealing with infection, from either an abscess or root canal infection.
His answering service told me that they would call him to pass my message along. Immediately, Dr Lee called me back! He spent a long time talking to me and telling me what to do, in the meantime, to alleviate my pain. Unfortunately, he did not have access to open the medical building where he works, during weekends. He said that he was fully booked the next day, Monday. However, he told me to come to his office at 11.00am, and, he would fit me in as an emergency!

He tried calling in to my local pharmacy, for a strong painkiller, but, after waiting on the phone for over 45 minutes, he texted me to say nobody was picking up.
I told him to go enjoy the rest of his weekend. I felt so bad that he was spending so much time on this. However, he texted me back that he called in a prescription to a CVS near his office......
He did not give up.

I went to his office on the Monday, and, he did a root canal. I will return in 2 weeks for more medication in roots, and, possible gum surgery. The girls at the front desk are so kind and helpful. His male assistant is so caring and thoughtful. Dr Lee is extremely skilled, and, knowledgeable. He explains everything very clearly. The treatment is painless, and, efficient. I would not hesitate to refer anyone who needs a root canal, or, gum surgery, to Dr Mindo Lee. 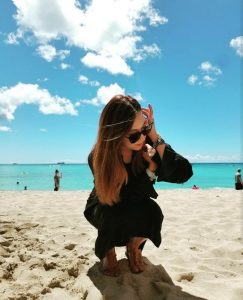 Sarah M.
★★★★★
Read More
I seriously can't say enough nice things about this place - Dr. Lee, the whole front desk staff (Esther and another very friendly lady), the assistants - they are all AMAZING!! They really treat you like family here, I don't think I've ever been this excited to return for a second visit.

A lot of dentists just want your money, but this place is different. They really care about you and the patient's well-being. They are very friendly over the phone and don't get annoyed when you ask them stupid questions like I did. (I had a lunch planned after my procedure so I actually called to see when I'd be able to eat. Yes, stupid question but it was crucial!!!)

They really welcome each and every patient with a big smile, I wish every dentist office was this friendly. It would make my dentist visits so much more enjoyable.

I had a root canal around 5-6 years ago at a general dentist in ktown. Turns out it wasn't properly done so I had to get it again. My new general dentist (One Dental) recommended this place and Dr. Lee as he is very qualified and is really good at what he does.

It took 2 visits for me for the whole procedure, I have very low pain tolerance and absolutely hate going to the dentist/seeing the doctor in general, but my overall experience here was pain-free!!

If you need a root canal, this is the place to go. 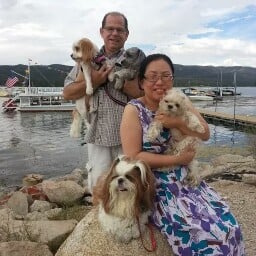 My appiointnent went well , they greeting me like family! Very confortable in dentist office!
Dr knows i cant hear well.

Dr talked his cell to translate to text for me to read of details the dentist produre before doing tooth cannel.

He wrote over 5 pages for me to understand what dr telling me.
I huged dr to Thank him for very well took care me in communication and treatments. 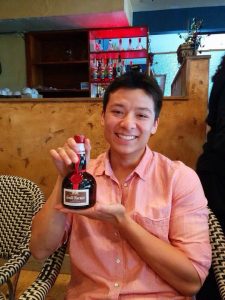 Steven L.
★★★★★
Read More
Completely not what I expected of a root canal experience. Before coming in, I was in tons of pain and scared to come because my dentist told me it was too difficult for her to do herself, and referred me here. From the moment I arrived, everything went so smoothly.

Dr. Lee was superb, with amazing bedside manners. He explained what was happening, answered all my questions, and used great analogies to help me understand the process. Given his knowledge and confidence, he calmed my anxiety down and waited for me to start the procedure. WOW was I surprised when it was over, it was so quick AND painless. I was kinda shocked.

The front desk was very friendly and professional, immediately was greeted and attended to. Even the day after, I was followed up with and checked on how I was doing.

The assistant was great and quick. Only necessary x-rays taken, none needed to be re-done and surprisingly biting down on the film didn't hurt this time, I usually tear up from other experiences.

All in all, great spot with excellent care. The teamwork and camaraderie behind the scenes spills through your experience, and you know you're well taken care of, 5/5 would recommend! 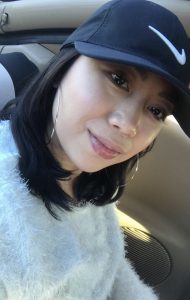 Noreen C
★★★★★
Read More
Just had my root canal therapy today and I was so happy with the service they gave me!

From the time I called for my appointment, I got scheduled right away and was really taken care of by the team. Connie the front desk was so accommodating and helpful with all my questions and concerns since I don't have dental insurance and my first time having an emergency treatment here in the US!

Also Richard kept me calm and comfortable before the procedure and Dr. Stephen Park is so amazing! Very professional and knowledgeable in what he is doing. My treatment didn't have any pain at all with the expertise and skill he does! No wonder they are highly rated here on yelp!

I would definitely recommend Los Angeles center for Endodontics to my friends and family. I would surely be back for other treatments.

Highly recommended overall. If I can give 10 stars here on Yelp, I would do it! Perfect 10!

Cindy A
★★★★★
Read More
My son is only 9 he suffered a trauma in his gum from a fall in the shower. Took him for a root canal somewhere else just to have my sons gym infected!.

Finally found the best Dr. Lee took over someone else's bad job and FIX IT the same day!! Totally happy with this office and Great staff and Fantastic friendly doctor. Recommend to all! 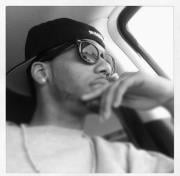 Mario J.
★★★★★
Read More
It took me a minute to write this review because I wanted to be sure to express how incredible this place is. I received my first procedure with Dr. Lee (Root Canal With Crown and tooth extraction) Never have I EVER had a dental experience WITHOUT pain until then. I can't say enough great things about Dr. Lee. This time around I had Dr. Park, If Dr. Lee is MJ Dr. Park is LeBron. His expertise is literally second to none. Had another root canal done with Dr Park and again NO PAIN whatsoever!!! I did not believe this was possible. I didn't even need the pain medicine I was prescribed. I'd also like to mention how welcoming and friendly Dr. Park is. It's like going to hang out with a friend who happens to be an expert endodontist lol. You can tell he really loves his job. If you're reading this review and you choose a different office, you're missing out on not only the absolute BEST dental work in LA but also the best most welcoming overall experience which makes all the difference in the world. 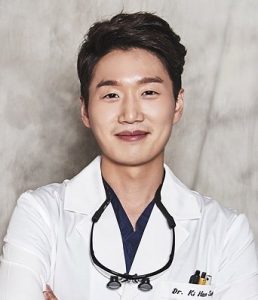 Ki Hun S.
★★★★★
Read More
As a general dentist, I am confident to refer my patients to Dr. Lee as a top endodontist for his excellent work. I have known him personally since I was a dental school student. He is very knowledgable in not only endodontic field but also in general dentistry as well.

Unlike many doctors out there, Dr. Lee has a lot of experience in non-dental areas. He loves traveling abroad, experiencing a new culture and meeting with people from different backgrounds. He also used to work as a wine specialist (sommelier). For these reasons, Dr. Lee can easily become very friendly with his patients by sharing a special event in his life and I have no doubt that he has the best chair side manner for a patient, regardless of a patient's background or race.

He used to work at the our dental school professor's dental clinic and the professor would never ask Dr. Lee to treat his patients if Dr. Lee's work is not guaranteed for 100% excellent prognosis. I also remember that many patients mentioned that having a root canal can actually be a pleasant and painless experience after his treatment.

If you are looking for an endodontist to save your own tooth, you should go to see Dr. Lee where other dentists actually visit for their root canal treatments. In dentistry, nothing is perfect, but I know Dr Lee's hard and excellent work makes every outcome of his treatment as best possible, enough to say it's close to perfect!
Previous
Next

Tell Us Your Story

For emergencies, please call us immediately at (213) 388-3636.
We will make every effort to see you on the same day, pending availability.

Free parking available.
Parking structure entrance on the Ardmore side of 6th Street and Ardmore Avenue.

Los Angeles Center for Endodontics
4.9 Stars - Based on 240 User Reviews

Leave us a review or share your experience with us. We’d love your feedback!